Jesus replied, “You do not realize now what I am doing, but later you will understand.” John 13:7

As many of you know, we recently lost our second born son, Jonathan to colon cancer. When Jonathan was first diagnosed a year ago December, our family was of course stunned and disappointed. As the months passed by and chemo treatment was pursued, our prayers were, “Please heal him, Lord!” But with that, I had another prayer, “Lord, use this cancer to accomplish your purposes. You are in control of each and every cancer cell. Don’t take it away until you have done your good work!”

You see, we had actually prayed for years for Jonathan to be healed … to find healing in his soul through forgiveness in Jesus. This has been our message to all our children summed up well in 2 Timothy 3:15: “From infancy you have known the holy Scriptures, which are able to make you wise for salvation through faith in Christ Jesus.” But as we all know, “You can lead a horse to water, but you can’t make him drink.”

It became apparent by Jon’s teen years that his heart was not in following Jesus and as he became a young adult, he dived into some pretty dark and disturbing things that deeply alarmed and grieved us. Whatever stage he was in (or on! He was in many musical bands) we prayed, “Lord, draw him. Convict him, capture his heart, deliver him from evil, save him!”

Year after year passed with no seeming change in his spiritual position towards Jesus… until this past year! With the “death sentence” of terminal cancer, Jonathan expressed that he was more spiritually interested than he had ever been. Some deep and difficult conversations ensued, messy stuff at times … What was God doing?

Then we received the most precious news we could ever imagine. In a conversation with his dad, Jonathan told Dave, “Jesus found me!” We learned that earlier, after encouragement from a hospice chaplain, Jonathan had started to pray to Jesus in his pain. And as he did, Jesus “showed up!” Jonathan later recounted that he felt amazing peace and the loving presence of God with him. He began to pray more and more, thanking God for his love, his peace, his forgiveness, and on and on. In the last few weeks of his life, he initiated prayer and Bible reading with family members and encouraged two brothers to “reconsider Jesus!”

Jonathan passed away August 29, much sooner than any of us were expecting. Why did it take cancer to bring Jon to Jesus? Why did God take him? Especially after finding Jesus? Why didn’t he heal him? Why didn’t he give us a few extra months’ time with Jon as a new believer? These are questions that I have wrestled with.

God has calmed my soul with the verse above, “You do not realize now what I am doing, but later you will understand.” This verse shouts, “Trust me!” “Trust me with your son’s story, Dawn! Trust that I know BEST what I am doing!”

When things seem so confusing, so out of control, so beyond our scope of understanding, we can rest in the fact that God knows what he is doing! My Father has taken all things into account and is lovingly and wisely working and in that I can rest. One day he may give me the “inside scoop” of Jonathan’s story. For now, I am content to know what I know: my son is with Jesus and I will see him and be with him in perfect harmony for all eternity. Hallelujah! 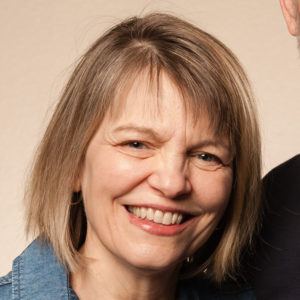 I am a native to central Iowa, growing up on a small farm just twenty-five miles north east of Ames. I was a dutiful Norwegian- heritage, Lutheran girl attending church every Sunday, but truly coming to know Jesus as my Lord and Savior when I was seventeen at a youth group rally.
I joined our early Stonebrook campus church in 1972 while attending Iowa State and there met Dave. I married Dave, who by that time had become a pastor, in 1975, so I have always been a pastor’s wife! (If you do your
math, we’ve now been married happily for 41 years!)
We have seven grown children, SIX boys and ONE girl! The boys are Dan (age 40), Jonathan (age 37), Peter (age 34), Mark (age 31), Rachel (age 29), Andrew (age 27), and Matthew (age 25). As of now, we have eight grandchildren, four of each sex: Jakob (12), Evie (9), Collin (8), Annie (6), Max (5), Bella (4), and Leon (20 mo.). We are expecting another tie-breaker grand-daughter in January!
As you can tell, my passion in life has been kids! You will often find me in the back hallway Sunday mornings, corralling three and four year olds in Noah’s Ark! I also am passionate about caring for people’s hearts through our care ministry at Stonebrook. AND most importantly, I LOVE serving the Lord alongside my awesome hubby!