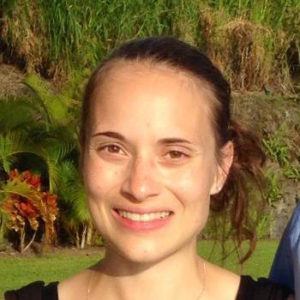 I was born and raised in northwest Iowa. I grew up going to church, but I did not understand what it took to be saved. I just tried being a good person, or at least a little better than my peers. When I came to Iowa State for college, a seemingly life-threatening illness caused me to think about eternity and wonder if I was “good enough” for Heaven after all.

That is when I started going to Stonebrook Church, and witnessed the lives of true believers. I realized that I was a sinner and could never earn my way into Heaven by being “good enough.” The good could never cover over all the bad I had done. I understood for the first time that I not only needed a Savior, Jesus Christ, but also that I needed to personally accept this free gift of Salvation. I fell on my knees, told God that I was a sinner, and needed His salvation. I thanked Jesus for dying on the cross for my sins, and praised God for the resurrection that conquered death. I put my faith in Him alone for my salvation, and I’ve never been the same since. I was filled with hope and peace that night.

Fast forward several years later, I had graduated from college and was support raising to go on staff with Stonebrook’s college ministry (The Rock) through Reliant Mission. That is when Luke and I crossed paths. Daily. We were both raising support to do college ministry full-time, and we became best of friends. I had never met anyone as merciful as him, nor anyone who’s heart’s desire was more set on becoming more like Christ. Not long after that, we were married, in 2008. We now have four energetic children: Joshua, Liam, Eva, and Emma, and are still the best friends (I think he is amazing!) Luke was ordained as a Pastor on June 18, 2017.