Pastor
Nov 3, 2019
Life occasionally, or even often, brings us “hits,” that is, intense trials of all sorts. Some of these we bring on ourselves through foolishness or sin. Some of these are brought upon us by others, whether unintentionally or maliciously. And there are some trials that just seem to happen for no apparent reason or cause. David of Israel took many hits in life, and his legacy to us is, in part, the psalms he wrote expressing his anguish, complaints, and a thirst for justice—and he did this by faith as he prayed to the Lord. What can we learn from David’s prayers when life bring us some hits?
Oct 20, 2019
Having completed 1-2 Samuel which largely looks at David’s life, we are beginning a series on the Psalms that David wrote. Psalms is a unique book in the Scriptures, teaching us to pray, becoming like a mirror that reflects back to our souls. We learn from David (and other psalmists) how to be honest with God in prayer with all our praise, joy, sorrow, grief, anger, needs, and confusion. Today our focus is learning to praise God for who he is and what he has done. And the more we know the Lord, the more our hearts will find praise to be fitting and satisfying.
Oct 7, 2019

David, a great man of faith, fell from the glorious heights of intimacy with God to the lowest point of rebellion, even despising God and his word. Yet he repented and rejoiced in his forgiveness, and even though some devastating consequences from his sin followed him to the end of his life, he continued walking with the Lord. How did he endure in the midst of those consequences? For us today, David’s life and the gospel inspire us to walk with the Lord, even in the “aftermath” of sin.
Sep 30, 2019

David was a “man after God’s own heart,” and we can be inspired by his faith and many good qualities. Yet David was also a mere mortal like us and capable of sin, and in fact he sinned greatly against the Lord. But he later repented and found great joy in God’s mercy and forgiveness. So we are both warned by David’s sin and inspired by his response to it.
Sep 8, 2019

Only in his 20’s, David was a great warrior and a man after God’s own heart. And because the Lord was with David, King Saul was afraid and jealous of him, which quickly turned into a demonic pursuit to kill him, his own son-in-law. But even through years of running for his life, David remarkably doesn’t grow bitter or vengeful. Instead he keeps his heart fixed on the Lord.
Aug 25, 2019

When we lack strength for the Christian life, 1 Samuel 12 points us to the answer. In his final days, Israel’s leader Samuel called the people to follow the Lord with all their hearts. His appeal was to look to the Lord and consider all the great things he had done for them, not only then but over the centuries. Similarly, we Christians are called to consider what great things the Lord has done for us—the greatest of these is the death and resurrection of the Son of God—and so find motivation and strength to love the Lord with all our hearts.
Aug 12, 2019

From childhood to the end of his life, Samuel walked by faith in the Lord. His consistent life is a stark contrast to the people of Israel who, though they had brief periods of faith, generally rejected the Lord as their king.
Aug 4, 2019

In our new sermon series through the books of Samuel, we will be challenged by the rise and fall of “heroes” and “villains”. The first story we read is that of a grieving woman named Hannah who, in the midst of severe trial was also humble and faith-filled. And God used her to raise up a godly servant of the Lord, Samuel, who influenced an entire nation. Hannah can inspire us to know and trust the Lord.
Jul 7, 2019 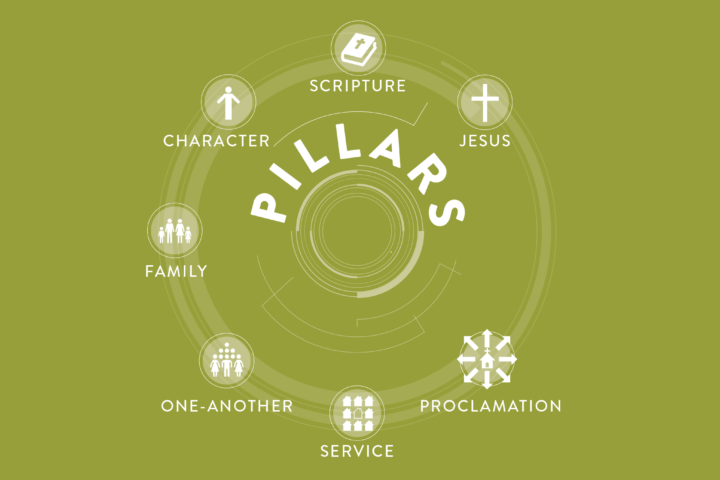 Like the Lord has rescued us through his Son, we are to go out into the world with that same spirit of love and serve others. We can begin by looking within our own city and campus for needs we can meet.
Jun 24, 2019

If you are a Christian, you have been born (again) into a glorious family called the church, Christ’s body. Not only are you a vital part of it, you are called to be devoted to it. And in this devotion to God’s family, together we are on glorious display.
Jun 9, 2019

Having a strong family seems elusive in our world today. But the call God is to grow up into the fullness of his Son in all facets of our lives, including the home. Strong families are founded upon a robust walk with Jesus.
May 19, 2019

Salvation is by faith alone, but it is not by faith that is alone. Genuine faith in Jesus Christ is always accompanied by action. It looks like something, in both godly character and deeds. So as we grasp the glory of our heavenly calling through the help of the Holy Spirit, we will imitate our heavenly Father, putting off the old and putting on the new.
May 13, 2019
A mother’s work is glorious, yet daunting. Who is equal to such a task? God and His grace is. He is enough.
Apr 14, 2019

SERMON SLIDES Stonebrook Pillars:  Biblically Minded—Part II A Light to My Path My extended family lives in Loveland, Colorado.  An hour north of Denver. One year after we visited the family, we jumped in our van early in the morning with our four daughters and headed east on Interstate 76.  But within the first hour, we encountered a significant problem:  Fog.  At first it was sporadic and not too dense. But fairly quickly, the fog was so dense we could…
Mar 31, 2019

Because God sent his Son to die in our place and then be raised from the dead, he proves in the greatest possible way that he is worthy of all our attention and affection. And he calls us to such a devotion toward him. Yet don’t we all know how many distractions there are that can steal our hearts away from him? How can we keep our attention on the most important person in our lives?
Mar 25, 2019

What is the number one thing we give our lives to? Is that thing or person worthy of such devotion? There is only one person who is worthy of our greatest affection and love: the Lord God and his Son, Jesus Christ. The Lord deserves the rightful place on the throne of our hearts, for he made us for himself and he saves us for himself.
Mar 4, 2019 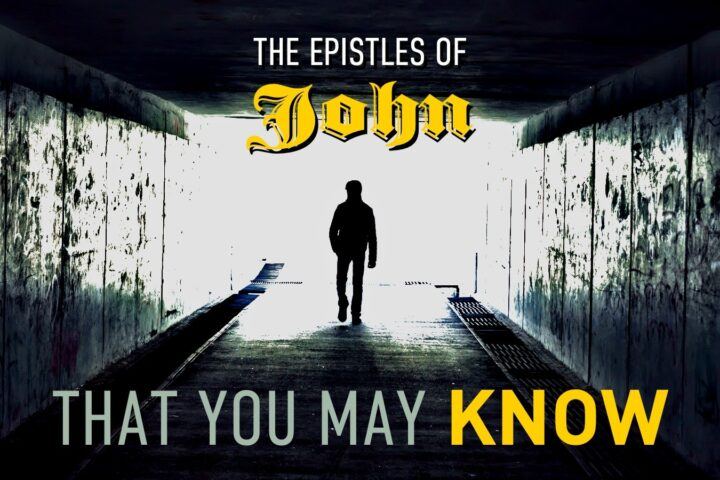 That You May Know—The Epistles of John 1 John 4:7-21 –  Love One Another  I’ve been to many weddings over the years, and one of the more common Scriptures read is 1 Corinthians 13.  It’s about love.  The pre-eminence of love.  And a description of love.  A beautiful chapter, really.   “If I have prophetic powers, and understand all mysteries and all knowledge, and if I have a faith so as to remove mountains, but have not love, I am nothing.”…
Feb 3, 2019

That You May Know—The Epistles of John 1 John 2:3-17 Walk as Jesus Walked I just finished reading a fascinating biography of a former U.S. President. The focus of the book is the President’s faith. What his spiritual and religious background is. What he says he believes. I’m reading this wondering, “Is this President a true believer in Jesus Christ?” Some of his statements say an emphatic “Yes.” Some of his statements say, “Hmm, not so sure.” Still others say,…
Jan 21, 2019
Jan 20, 2019
Jan 7, 2019
Who are you? And why are you on earth? Questions like these are deep, and we often—consciously or not—find ourselves searching for the answers. We need to look no further than the Scriptures, for the One who creates and saves us has the answer and is the answer. And that answer will shape the course of our lives in all areas. This theme of purpose kicks off our 3-week series on money, which is a core area of life under God.
Dec 17, 2018 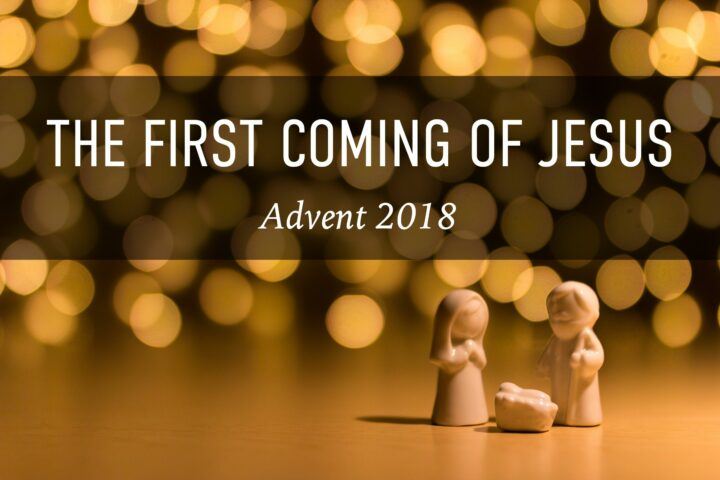 We may find it today to be a challenge to feel the drama of the Advent story, i.e., the first coming of Jesus Christ. If we said aside the nostalgia of “the holidays” and focus on this story, we will be amazed by the work of God. In Luke 1:39-56 we are thrust into the story of two women and their God—two women caught up in the glory of the most momentous period in human history. Both are participants in the drama of angelic appearances, prophetic utterances, and miraculous conceptions—one son to be a great prophet and the other to save his people from their sins.
Dec 3, 2018

We are entering into a season of remembrance of the greatest period of time and the most influential events in human history. This period centers on the person of Jesus Christ and his entrance into our world, when the divine took on humanity. This is his First Coming, or the First Advent. All of history and the foundation of our lives is built upon this Person and these events.
Nov 18, 2018

Every person ever born has a relentless and ferocious enemy whose name is death. Ever since Genesis 3, mankind and our world have been under an oppressive curse, the curse of death, which is the judgment from God for our rebellion against him, our Maker. But God in his great mercy and rich love sent his own Son from heaven to take on humanity in order to live the perfect life, offer up himself as a sacrificial exchange, and then rise from the dead to give us life in glory forever and ever. Christ is risen! Behold all things will be made new!
Today Youth Group
Today Campus Fellowship