Mike has been married to Judy Anderson for 37 years. He came to know the Lord during his sophomore year in college. After being pursued by Chris Biang, he made the choice to follow Christ when he was a senior, and chose to stay in Ames to grow with the church, which was known then as ISU Bible Study.

Mike works as a Project Manager at Bratney Companies, which provides seed industries innovative production designs to effectiveness. He grew up on a small farm near Roland, Iowa, and studied Agricultural Engineering at Iowa State University. Mike mentioned that he had hoped to raise his family on a small farm, but wasn’t able to because of financial circumstances. 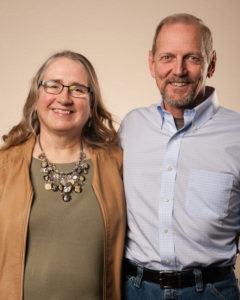